Columbia – From Rainforests to Reefs

Posted by Tashi Lachman on 10th November, 2016 in Holidays, News

Colombia has long been recommended to me as the best destination in South America, being less visited by other tourists; and for many years, I have been thinking of taking ‘my travellers’ to this country. I was hesitant up until recently, due to the political unrest and reputation of the drug lords etc. Over the years the country has seen a long internal conflict compounded by rampant drug production. However, Colombia is now entering a new era of peace and a consequential growth in tourism. Tourism is increasing at an annual rate of about 12%. A couple of years ago, Thor Travel consultants, Sandra Worsfold and Nieccia Miller, visited Colombia on two separate occasions, returning with rave reviews. 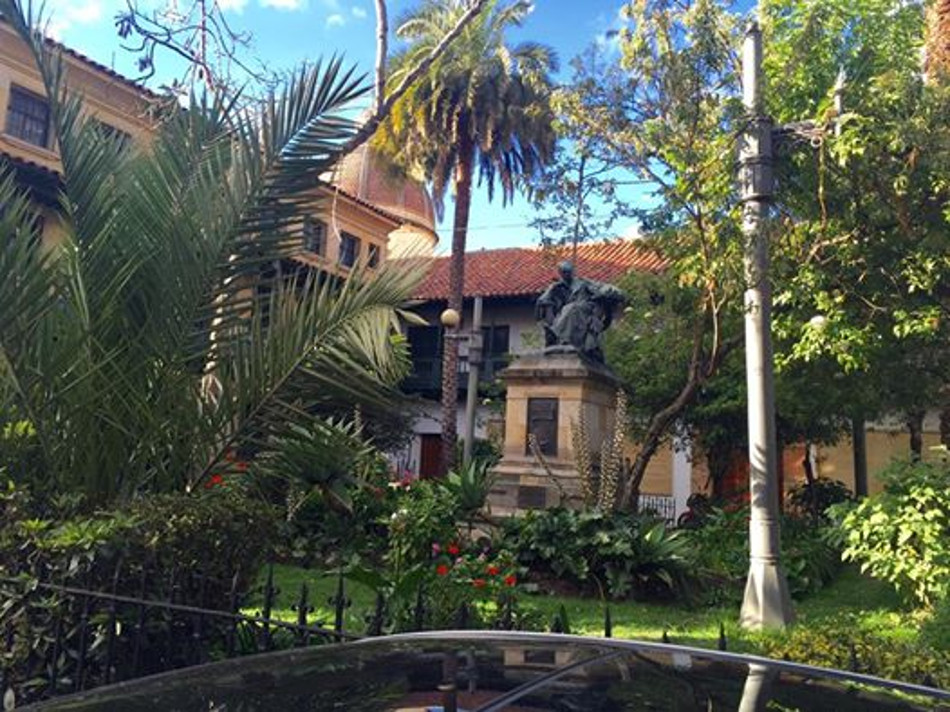 So, with this knowledge, off I went in September this year with my small group of ‘frequent travellers’ without any doubts of safety issues. We began our journey to Colombia flying to Santiago de Chile. To break up the long journey we stayed two nights and visited the wine growing region in the Casablanca Valley which is not far from Valparaiso. Chile has recently overtaken Australia in wine production and is one of our major competitors in the international wine market. We enjoyed our stopover and appreciated the rest after a long flight across the Pacific Ocean. I would highly recommend any traveller who has the time to do this stopover.

On arrival at Bogota our hotel was well located in the old part of the city, and was walking distance from the Gold Museum. Instantly, I felt a sense of being in a place where people were relaxed, friendly and very courteous. I think tourism is still quite new and the locals are not spoilt and commercial as in some other countries. I felt a sense of positivity amongst the locals and were always greeted warmly where ever we went.

The Gold Museum and the Salt Cathedral were two of the high lights in Bogota. The museum displays a selection of pre-Columbian gold, pottery, stone, shell, wood and textiles made by indigenous cultures. It also houses the famous Muisca Golden Raft which was found at the bottom of a lake in Pasca in 1929. 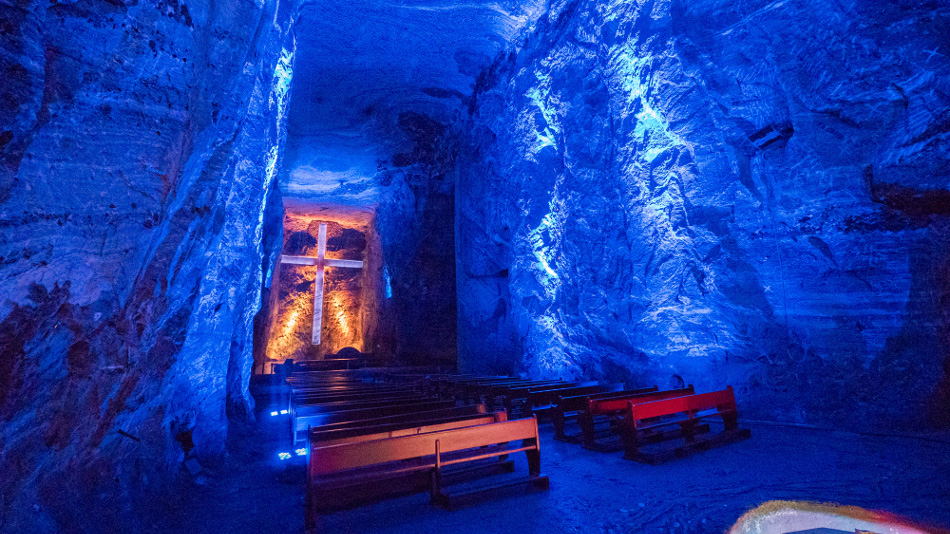 After spending some days in and around Bogotá we flew south west to the small town of Popayan with its population of nearly 260,000 people. The city’s cathedral was once the home to the Crown of the Andes, a 16th-century ornamental jewelled crown featuring emeralds taken from the captured Inca Emperor Atahualpa. Although acquired and exported legally, some have suggested that the Crown be returned to the town where for so long it was used in religious ceremonies. Its acquisition was announced by the Metropolitan Museum in New York City in December 2015.

We headed for the mountains through thick forest to the village of San Agustin. San Agustin is a small town with some lodges and restaurants. The main high light here is vast archaeological sites. The Archaeological Park has the largest collection of religious monuments and megalithic sculptures in Latin America. Some consider it the world’s largest necropolis but much remains hidden in the jungle. It is not majestic like the monuments of Tikal in Guatemala or the pyramids of Mexico but intricate and expansive. The area was used between about AD100 and was abandoned around 1350 AD. It was rediscovered during the 19th century and it was during this period that extensive looting took place when villagers went in search for gold artefacts to sell in the market. Added to this problem, erosion, earthquakes and human intervention displaced stone slabs and the contents of many tombs, but this did not destroy the original funerary architecture. Much remains to be discovered and restored. 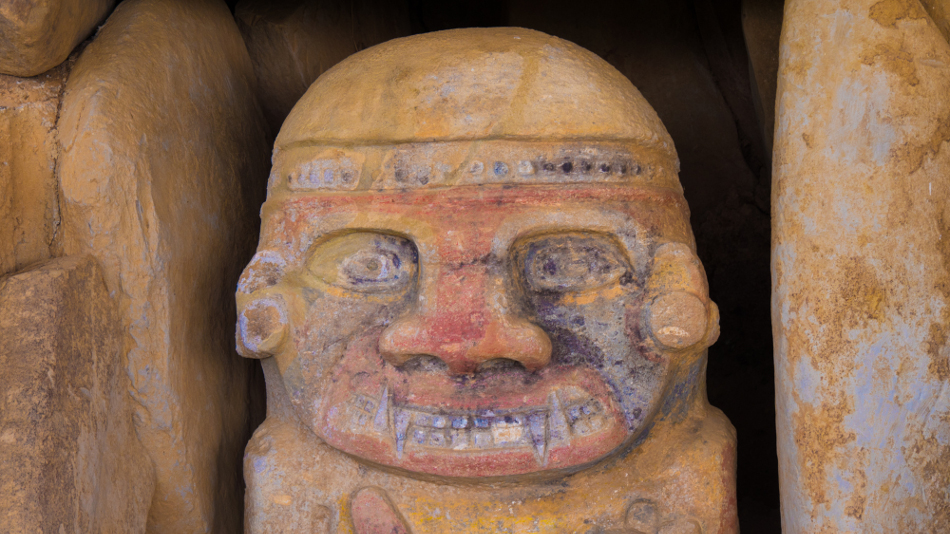 Not far from our hotel we also saw the Strait of the Rio Magdalena where the longest river of Colombia narrows into a gorge just two meters wide. Here we could also see spectacular waterfalls cascading into the river. A visit to a coffee plantation La Cabana where we were introduced to the technical and practical production process – from harvest to the cup.

We drove to through lush green hills and picturesque farming countryside to Nieva then flew to Santa Marta which is in the far north of Colombia on the Caribbean coast. While San Agustin was cool and temperate, Santa Marta was humid and tropical. Here the jungle hugs the coast line and from our hotel we were able to walk through the national park. Interestingly only 40 kilometres from this hot steamy coast is the snow clad 5,700m Pico Cristóbal Colón. Thus the Santa Marta National Park offers a big variety of Flora and Fauna because it includes two ecosystems between the mountain and the sea. Here you can find the Red Howler and Titi monkeys, Red Woodpeckers, iguanas, jaguars, a variety of lizards, tropical marine life, and more than 400 species of bird. 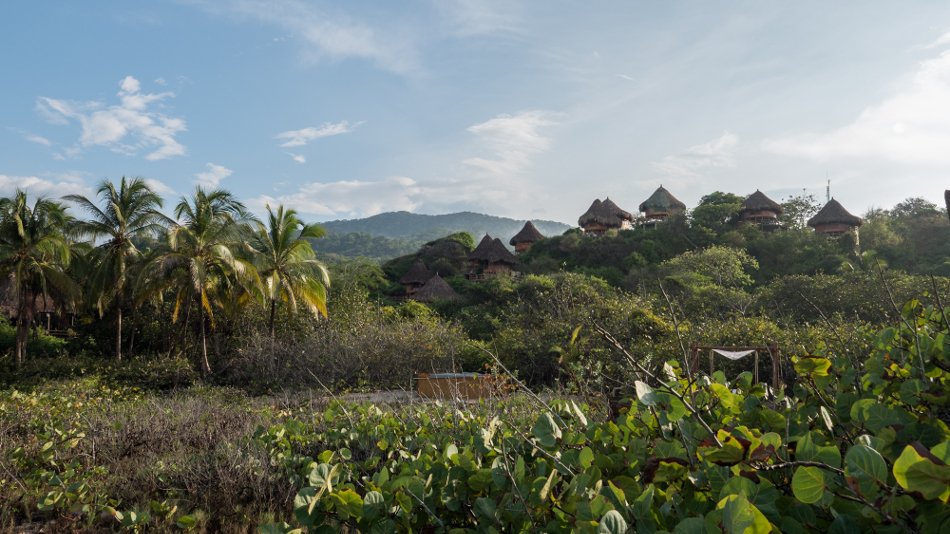 Our next destination was an ancient colonial village of Santa Cruz de Mompos. Mompos is hot, small, quiet and sleepy. I really enjoyed walking around the towns streets despite the heat. Little has changed in Mompos since the Spanish. By virtue of the fact that Santa Cruz de Mompos lost much of its economic importance in the 19th century, its historic centre has not been subjected to the pressures of redevelopment that have affected other historic towns in South America. The historic centre’s original street pattern has been preserved intact, along with a large proportion of its earlier buildings. The town is generally in a good state of preservation and private owners have taken pride in their properties, which they maintain in good condition without government funding. We finished off with a boat cruise down the Magdalena River. I must say Mompos is my second favourite town in Colombia after Cartagena. 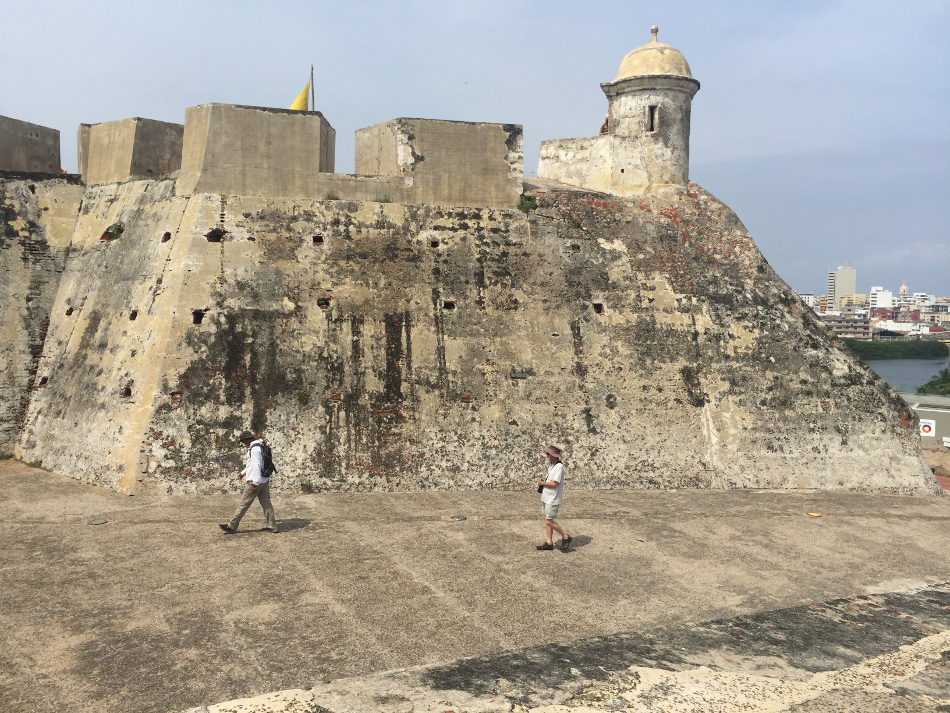 Cartagena streets reminded me a little of Cusco and Zanzibar, a colonial town where we came across other tourists. Cartagena was founded on June 1, 1533, and named after Cartagena, Spain, which in turn was named after Carthage in Tunisia. In 1984 Cartagena’s colonial walled city and fortress were designated a UNESCO World Heritage Site. The hotels and restaurants are of world class, gourmet dining, boutique hotels were everywhere in the old quarter. Narrow streets with several souvenir shops tempting us, this is where we did some shopping. With just the right mix of sun, sand, and colonial charm a walk through Cartagena’s inner walled city feels a bit like stepping onto the set of a 16th-century movie, complete with cobblestone streets and grandiose balconies overflowing with flowers. Watch out for the pick pockets. 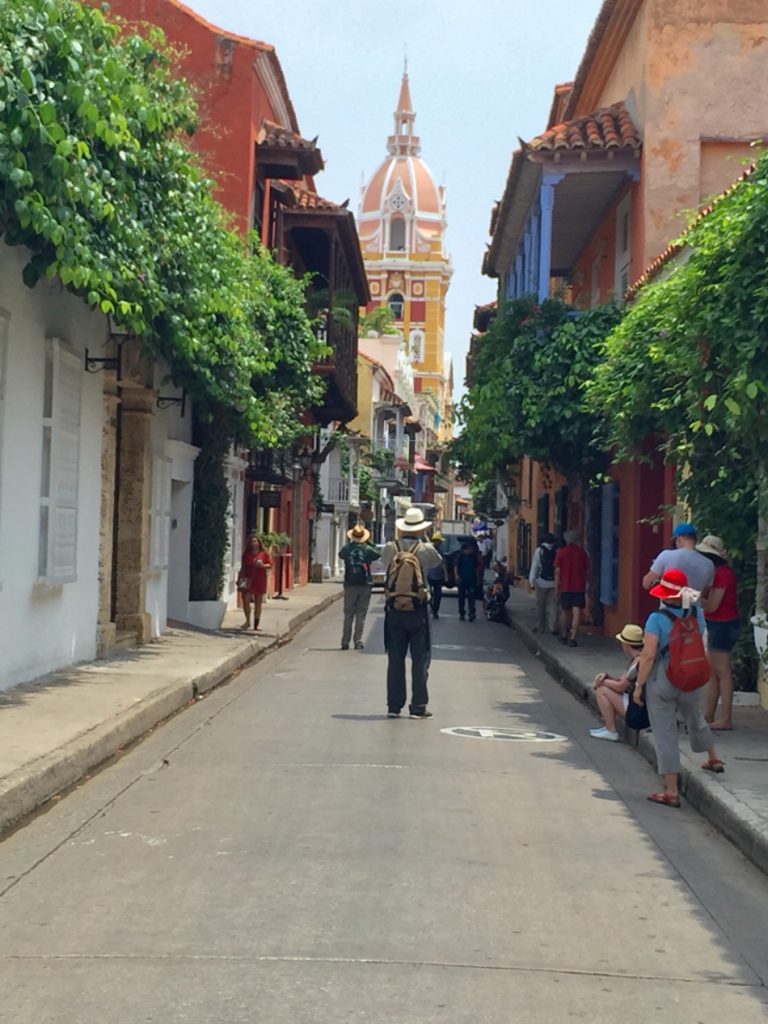 The Islas del Rosario (Rosario Islands), are an archipelago located 100 kilometres off the coast and are one of the 46 National Parks of Colombia. The park was founded in 1988 to protect one of the most important coral reefs of the Colombian Caribbean coast. The park has an area of 12,000 square kilometres and although quite commercialized is an interesting and cooler diversion from the heat of the city. If I were to do this again, I would spend the time in Cartagena visiting more of the museums and just walking around the streets and enjoying the beautiful old streets of Cartagena.

To put it in a nutshell, like many other nations in Latin America, Colombia has had a violent past and a poor economy. Now, however, travelling around, you get the feeling that you are in a country that is developing rapidly. The shops are modern and well stocked and the big cities quite sophisticated with excellent hotels and restaurants. When travelling in the countryside you are presented with a wide variety of scenery. North east of capital city of Bogata you will see a relatively dry landscape dotted with quaint villages and expansive fields. Travelling north to the coast you will find verdant steamy jungle and the picturesque Caribbean coast. Heading south you will arrive at the headwaters of the Amazon River and an expansive impenetrable jungle. While to the west running along the spine of the Andes you will find both thick temperate forest and grazing land. You can even see snow capped peaks, five of which are over five thousand metres. For me, though, the main highlight of Colombia was the PEOPLE. 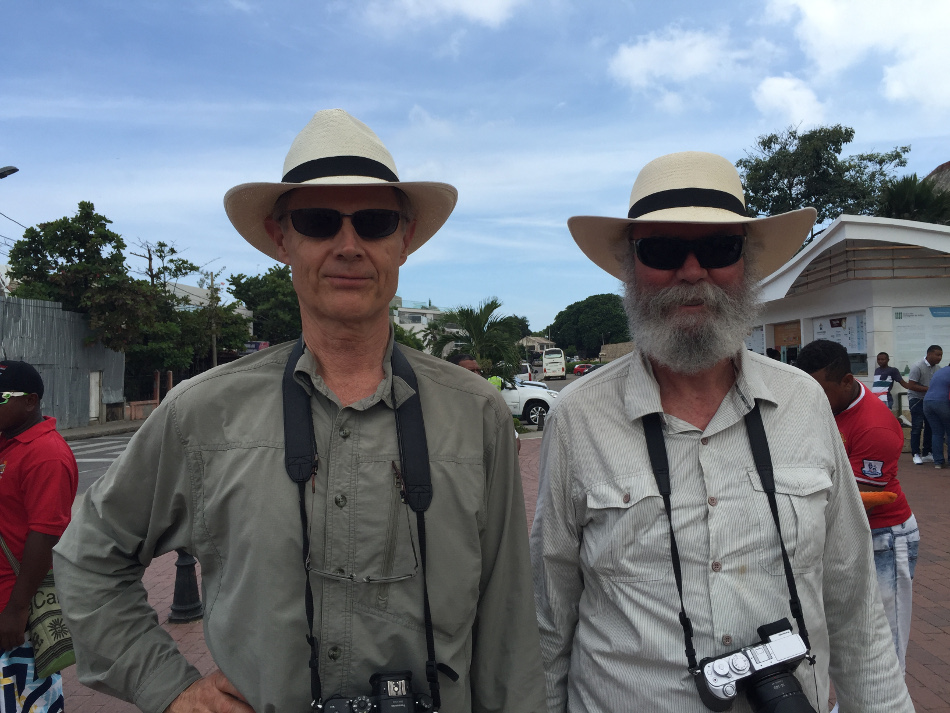 Overall, did I enjoy Colombia? YES! And would I revisit? YES, again! So if you are interested in joining me on a tour, email me so I can send you the next tour information. For anyone interested in doing a private tour or joining other small groups please do contact Thor Travel as we are now the experts in Colombia. 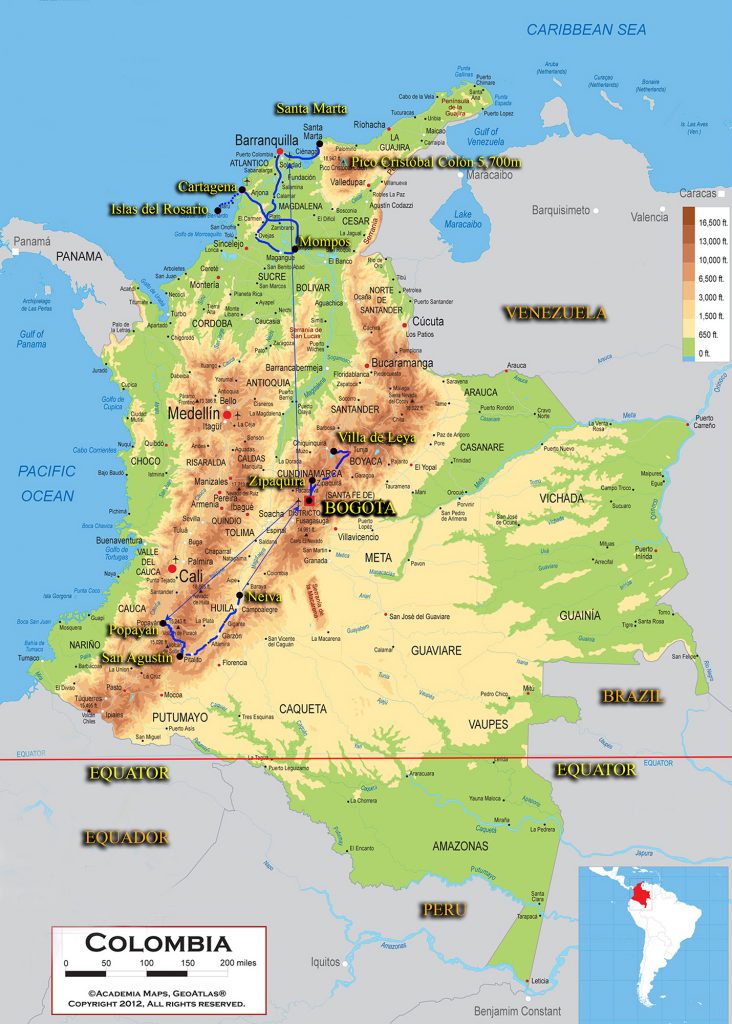