Posted by Sandra Worsfold on 06th October, 2016 in Holidays, News

About 10 years ago, I first heard of a journey in northern Spain that Pilgrims have been walking since the Middle Ages. Known as the Way of St James, Camino de Santiago de Compostela, or simply The Camino, the route was included in UNESCO’s World Heritage List in 1987. Since then, the popularity of this journey as a Pilgrimage slowly increased until, in 2010, the movie, “The Way”, starring Martin Sheen and son, Emilio Estevez, put this journey onto the radars of those who walk for sport and leisure.
Having organised this trip for so many clients over the past few years, I felt it was time I went and had a look at what it was all about for myself. 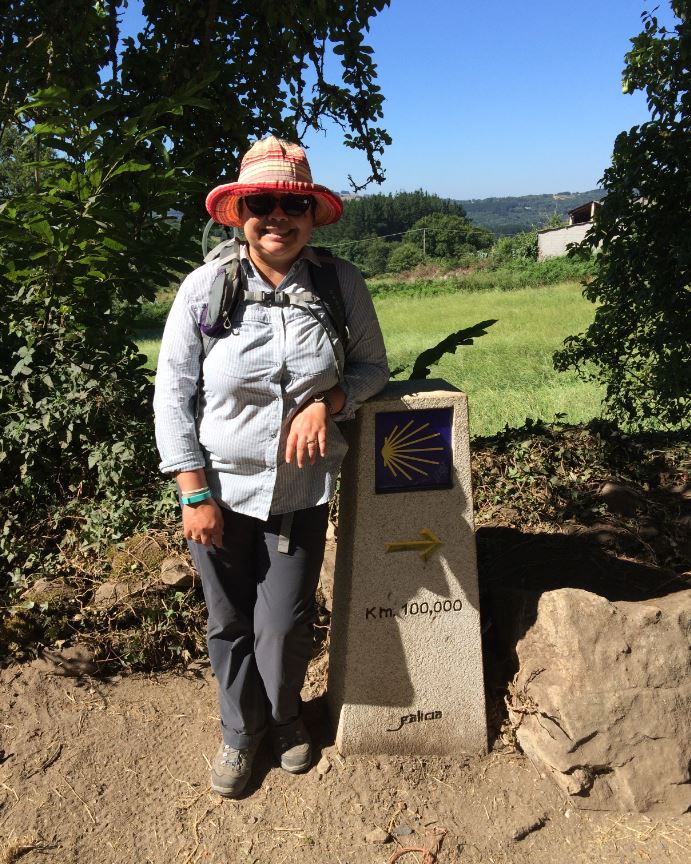 There are many versions of the Camino, but all roads lead to Santiago de Compostela! Most travellers choose to walk the French route, from St Jean Pied de Port in the Pyrenees, to Santiago – a journey of some 800kms, requiring about 5 weeks to complete. There is also the Portuguese route or the English route or the Primitive route along the Northern coast of Spain. As my time was limited, I chose to begin in the historic city of Leon. The walk from Leon to Santiago is 311 kms in total, 14 days’ walking, with a couple of rest days in the middle. Most of the treks or walks I have done in the past took me through scenic landscapes. By contrast, this journey was a combination of asphalt road, industrial estates, suburban streets, dusty farm tracks and, on very special days, beautiful country lanes and leafy woodland paths. I was determined to walk the whole way, but because of ongoing problems with my feet – it comes to all of us as we age! -I was not averse to the possibility of taking alternative transport for some legs. 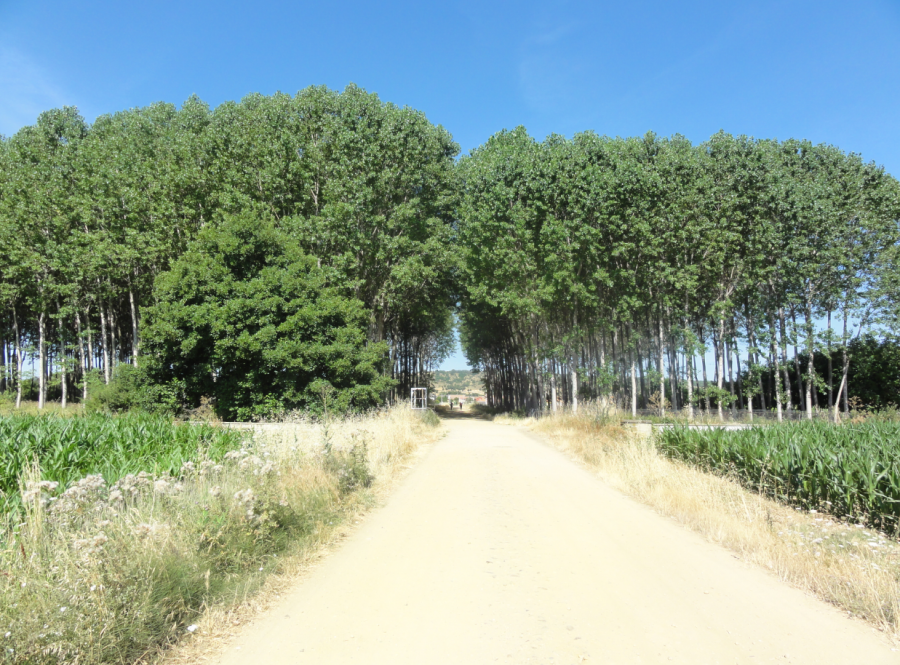 The first few days’ walk was challenging for several reasons: I am not used to walking 25-30kms everyday; the first 2 days were spent walking across the Paramo, or “desert” – an exposed, hot, dry and dusty section; it was late July and daytime temperatures were above 30 degrees. However, I as got into a rhythm and routine, the walking became easier. Along the way, daily highlights would present themselves: we crossed ancient Roman bridges, walked cobbled streets, visited old stone churches, magnificent Gothic cathedrals and a Benedictine Monastery. On one day, after having walked 20kms already, we were just about to cross into Galicia, with another 8kms to get to our B+B – all steeply uphill, of course! We decided to forgo Shanks’ Pony and hire real ponies instead – we arrived into Galicia on horseback. On another day, we were ambling through a rather boring bit of farmland, when all of a sudden we were uplifted by the sounds of bagpipes – a reminder that the Celts had established a presence in Spain a couple of Millennia ago. The day we walked from Samos to Sarria was by far the finest day of walking. For the whole 14kms, a short day, we meandered through leafy farm lanes, and saw not a single other walker, save for the one cyclist who caught me with my pants down – literally, as I was taking a much needed toilet break – we saw not a single other tourist. 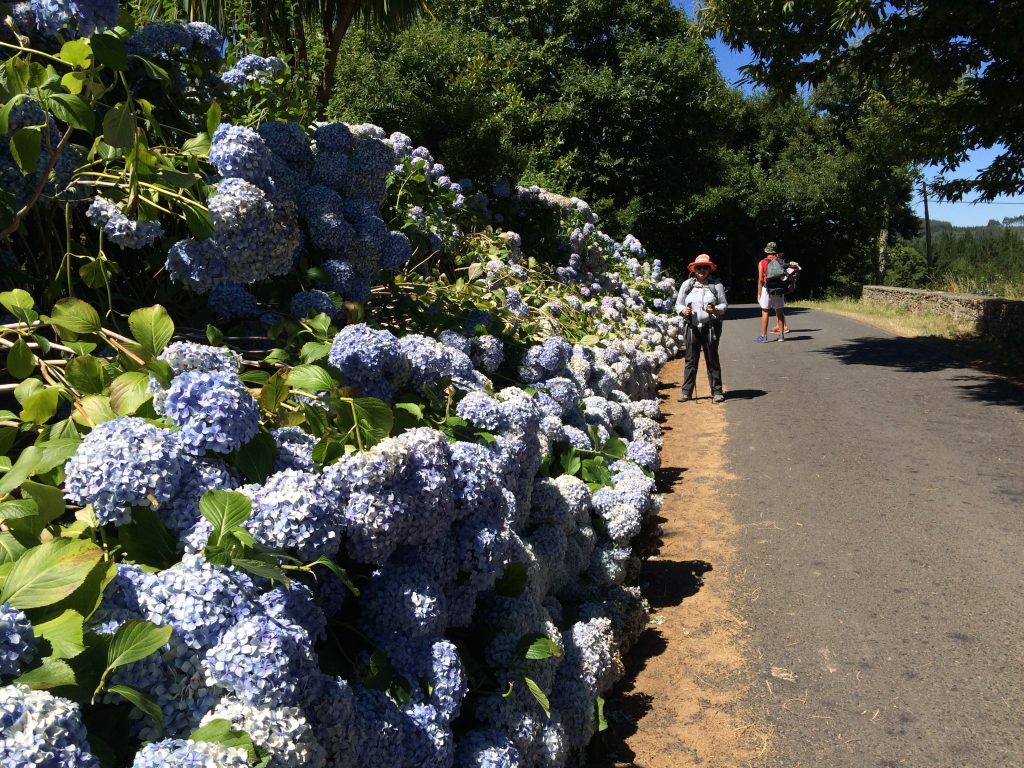 From Sarria, we noticed sudden upsurge in the numbers of travellers. This is due to the fact that it is from this point – 100kms from Santiago- that one must walk in order to be eligible for the Compostela, or Certificate which indicates that you have done the Pilgrimage. The “vibe” of the trip also changed at Sarria – from one of a familiar moving community to one of a more impersonal river of humanity! Not that it was a bad thing, but there was definitely a change. 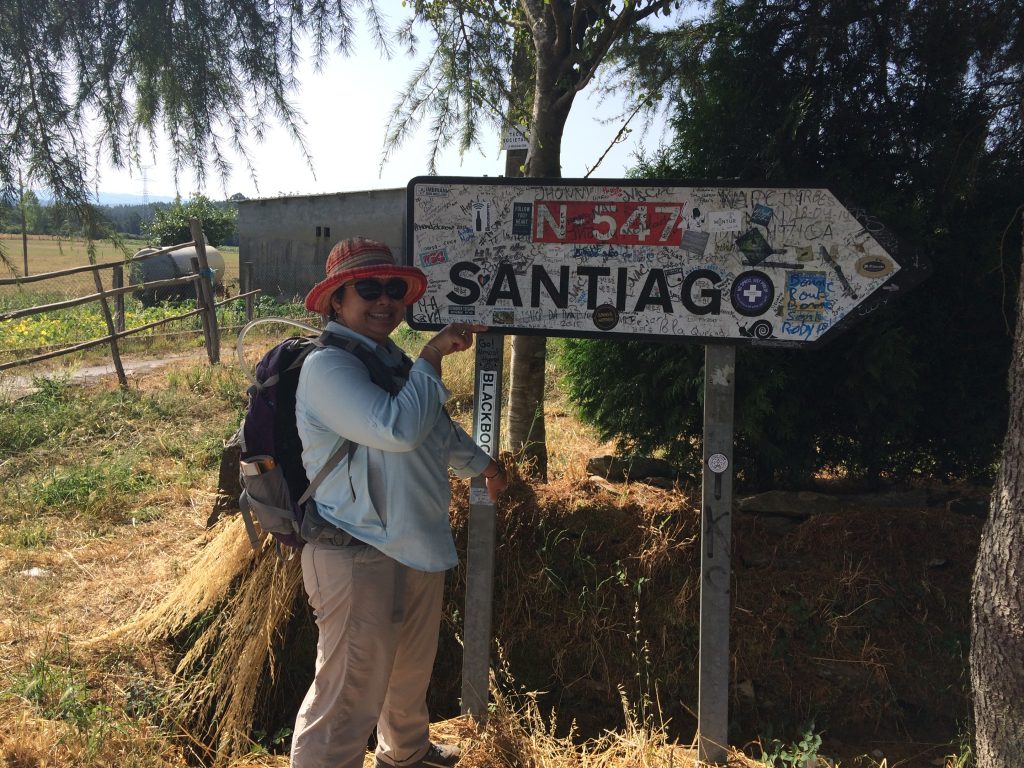 The arrival into Santiago was much anticipated. From Monte de Gozo, an hour or so’s walk from Santiago, crowds are gathered to see if anyone can spot the spires of the Cathedral in the distance. Next, there is the descent into the suburbs, negotiating stop lights and traffic, and the final stretch into the Old City. Just before the Main Square – Praza do Obradoiro – you are greeted by buskers, souvenir sellers and other pilgrims and walkers, all squeezing through the narrow stone gateway. Upon entering the Square and standing on the stone plaque in front of the Cathedral which indicates the end of your journey, the feeling I experienced can only be described as joyful. I don’t think I was alone in this, as I also saw groups of walkers running into the square, singing and dancing!

Most people will arrive at Santiago sometime in the afternoon, and it is not until the next day that the last tasks are complete – the Pilgrim Mass held at the cathedral at noon, if that’s your “thing”, and the ritual of queuing up to get your Compostela at the Pilgrim’s Office.
Buen Camino!

Note: I booked a self-guided tour with Utracks who organised my nightly accommodations and transport of my main bag from stop to stop. Half board was also included, which mean that after a hard day’s walking, we did not need to worry about our dining choices. We stayed at a variety of 4 star hotels, boutique B+Bs and simple guesthouses, all of which provided top-notch meals. Breakfasts ranged from a simple meat platter with hearty wood-fired bread, to the ubiquitous buffet spread. At one of our B+Bs, the hostess cooked us a “pilgrim’s egg” – creamy pureed potatoes topped with caramelised onions, a perfectly poached egg and truffle oil -divine! Lunch for us was always a packed picnic garnered from the local supermarket, though many other travellers stopped for meals at one of the many little villages we passed through. Dinners always consisted of 3 courses. The first was typically a substantial salad, or a hearty soup or a huge plate of pasta. For second course, there was usually a choice of grilled fish or chicken or steak. At one of our hotels, in Rua, I believe, I had the best braised rabbit in almond sauce I have ever tasted! Dessert offerings were plentiful, but our favourite was The Flan – what we know as creme caramel. We soon got into the habit of rating the Flans at each guesthouse.
The journey is not an easy one, and truthfully, I was cursing myself some days for choosing to do this trip. But when all is said and done, we made it! and are now bristling with pride and self-accomplishment!